The MiraColt can be used both at home or in a therapy center as a viable part of care & management that improves rehabilitation therapy outcomes and quality of life for people with Parkinson's and those undergoing Stroke rehab.

As an Intervention Tool in Stroke Rehab or Management of Parkinson's Disease, the MiraColt™ Improves Core Strength, Posture, Balance, Gait, Stability and Control.

The MiraColt is a therapeutic medical device designed to realistically reproduce the complex and natural three-dimensional motion patterns experienced when walking or riding a horse. This simulated movement, during therapy, stimulates neural pathways and the muscular system by delivering carefully graded motor and sensory inputs. These inputs promote neuromuscular (physical and core strength, posture, stability, balance, and control), sensory and cognitive (thought and task processing as well as speech) outcomes.

In studies involving the use of the MiraColt as a horse-riding simulator for therapy in management of Parkinson’s, B. Rhett Rigby, Ph.D.,CSPS, NSCA-CPT, said he “saw improved gait and balance in Parkinson’s patients.” In a separate study, 12 participants with Parkinson’s who rode the MiraColt for six weeks similarly reported improved standing ability, less cognitive impairment, improved balance, better sleep, increased mobility, improved emotional state, and increased social interaction. Similar results have been reported by people undergoing Stroke rehabilitation therapy with the MiraColt.

MiraColt™ User Stories
"We have tried every equipment, mechanical device out there....you name it. This machine [The MiraColt], the motion it provides has done more for my husband's brain than anything else we've tried. As a nurse, I see him improving every day."
Patricia Jelks
Wife of a Stroke Survivor
Meet The MiraColt™

Every year, approximately 795,000 people (approx. 1 person every 40 seconds) suffer from a stroke in the United States. Strokes are a leading cause of serious long-term disability, reducing mobility in more than half of survivors age 65 and over.

Both Stroke and Parkinson’s disease greatly affect patients’ quality of life by affecting mobility and function, thus making social interaction and independence more difficult and worsening to their financial condition because of the associated medical and supportive care expenses.

A 2018 study on the effect of hippotherapy (from which the innovation of the MiraColt draws its inspiration) on Parkinson’s disease found that the rhythmic and three-dimensional oscillations triggered by riding elicited an important neuromuscular response from riders’ postural reflex mechanisms. The movement of the horse ( i.e., horse gait motion patterns) being ridden was sensed by the participants to be similar to that experienced in the pelvic areas as part of normal human gait, thereby helping to improve balance, and strengthening the trunk muscles.

The MiraColt is a viable intervention for people with Parkinson’s disease or those undergoing stroke rehab. By reproducing the natural and complex three-dimensional motion of a horse, it makes care both accessible and affordable for a vast number of people who need it.

Ask How MiraColt™ Could Help
“It [MiraColt] is therapeutically necessary and crucial for the type of work we do,” ... “we would not be where we are without them.” 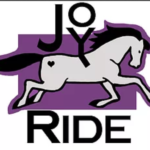 To find out how the MiraColt could help, please provide a few details and we'll respond promptly!